Vicopisano and the Medieval Festival 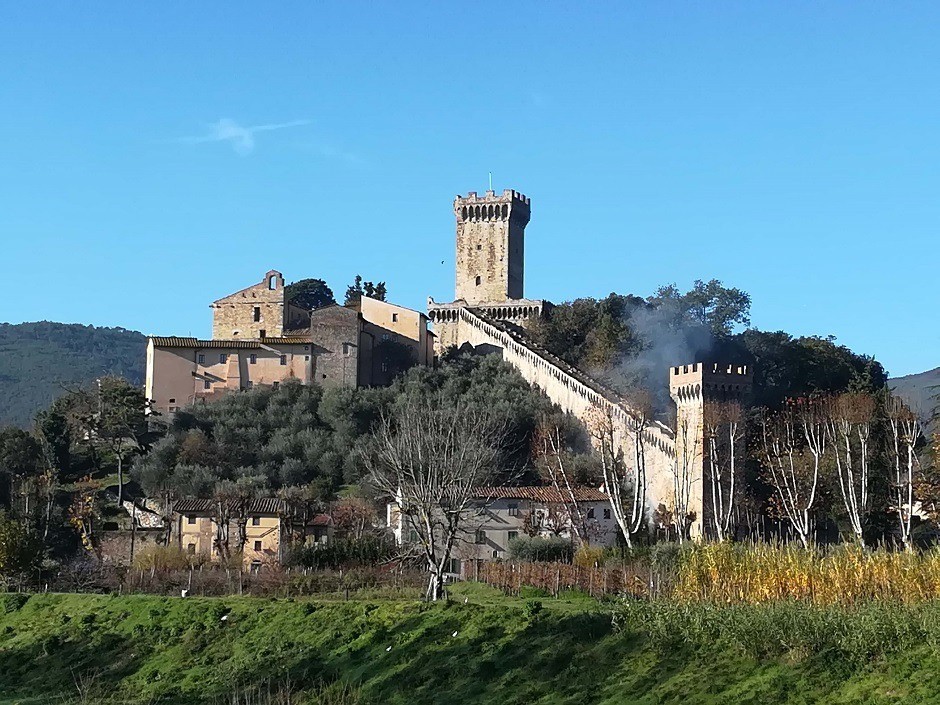 Vicopisano is a small Tuscan medieval village. Located between Pisa Lucca and Florence, in the middle of ancient commercial traffic and the passageways of peoples and pilgrims (in particular the Via Francigena is mentioned), Vicopisano was the protagonist of battles between these cities, fighting each other for dominance of the territory. It was the Florentines who won it in 1406 after a long siege. The village still retains the signs of these events, in its imposing monuments and in particular in the Torre del Mastio, known as Rocca del Brunelleschi. After the conquest of Vicopisano under Florence, the Medici entrusted the famous architect Filippo Brunelleschi with the project for the construction of a new work to defend the village from enemy attacks. The fortress stands out among the red roofs of the houses and can be visited almost all year round. Walking through the village today is an experience capable of taking us back to the Middle Ages and its atmosphere, a period in which Vicopisano reaches its maximum splendor. In the historic center, extraordinary testimonies of medieval civil and military construction are concentrated: beyond the Rocca del Brunelleschi, the Palazzo Pretotrio complex, the city walls, the Twin Towers, the Tower of the four doors, the Torre Malanina, the Torre del Soccorso , The Tower Houses and the Torre dell'Oroglogio. Vicopisano is a splendid village inhabited all year round (it has about 8000 inhabitants) and offers cultural, musical and food and wine events and initiatives: The Medieval Festival which takes place every first weekend of September, represents the most important event. For 2 days the town center comes alive with medieval camps and rides, street artists and theatrical performances.
From Vicopisano it is possible to explore the surrounding area with walks and excursions on the Pisan Mountains and a relaxing day at the Uliveto Thermal Park.

Visit Vicopisano and the Medieval Festival